Robert Maurer's page
Bob Maurer graduated as a mining metallurgist in South Africa and worked in gold uranium and diamond mines before studying electro-chemistry at the University of London. This took him into research projects on the growth of single crystals of Alpha –Uranium crystals and the hydrogen embrittlement of high tensile steels, and to a career in engineering. After a number of jobs related to fluid flow measurement he set up Maurer Instruments Ltd where he developed a range special purpose Turbine flow meters and a range of Crude Oil Sampling equipment in addition to meter calibration systems. Bob has delivered a large number of papers on Flow Measurement, Meter Proving and Crude Oil Sampling in the UK, Europe and the USA. His main hobbies are now related to mineral and fossil collecting. It was this hobby that took Bob to the Bolivian Andes and led him on to look at the forces associated with Tectonic Movements.

Bob has given talks to HHGS and other geology groups on several topics of interest to him:
- An engineers approach to the forces responsible for tectonic and orogenic movements (December 2019)
- Our Heritage - Stone Tools and Rock Art
- Did climatic changes in Europe give rise to the rock carvings in North Africa?
- Mining for Rare Minerals in Mexico

Read about the forces that shape our planet:

"To understand something you must be able to measure it" 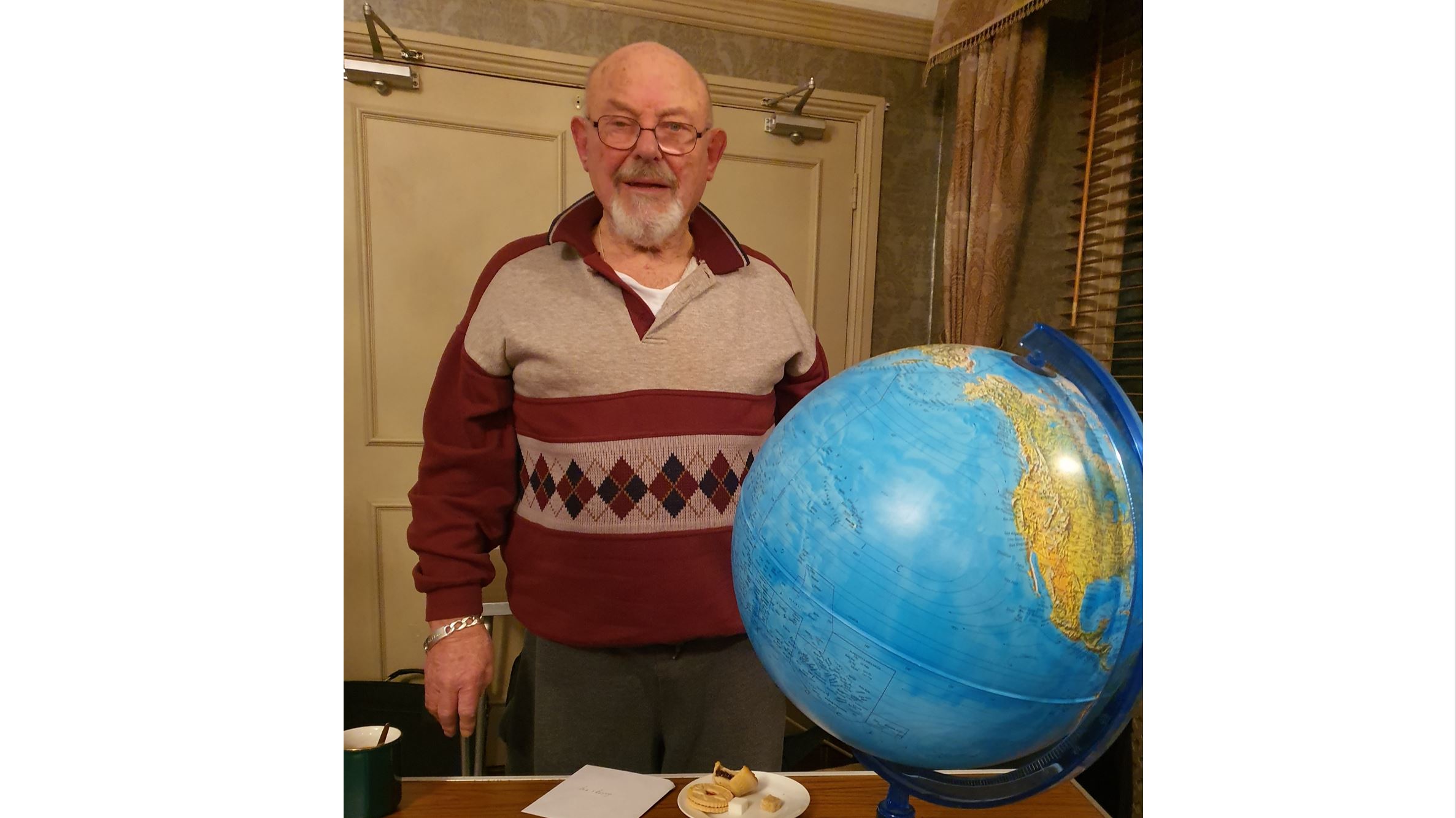 In 2001, while on a mineral collecting expedition in Bolivia, Bob's observations prompted him to look at the magnitude of the forces involved in lifting the vast Andean mountain range from approx. 3 km below sea level to approx. 8 km above sea- level. Drawing on his engineering expertise he concluded that the forces needed to sustain the unrelenting and uni -directional movements of the continental plates in a conflicting omni directional heated convection current system was mechanically unsustainable.
Read Robert Maurer's treatise on his Tectonic Forces website.
By approaching the beak-up of Pangea as a function of the unbalanced centrifugal forces associated with the offset of the Centre of Gravity / Centre of Mass (1km) from the principal axis of rotation, it is possible to demonstrate and calculate the magnitude and direction of the unbalanced forces acting on the Earth's crust.

A rotating body whose mass is not symmetrical about its major axis of rotation (generally the geometrical centre) will vibrate. A typical everyday example is a domestic high spin drier in which the wet load is not evenly arranged around the drum. Another simple example is the need to balance the wheels of a motor vehicle when tyre changes are effected to ensure a smooth ride.

The equations and methods adopted to dynamically balance rotating machinery (correct placing of the ‘balancing weights’) such as flywheels, ship’s propellers, motor armatures, etc, are well documented.
The mathematical approach to the subject of unbalanced rotating bodies is given in Appendix 1. (Maurer 2001) 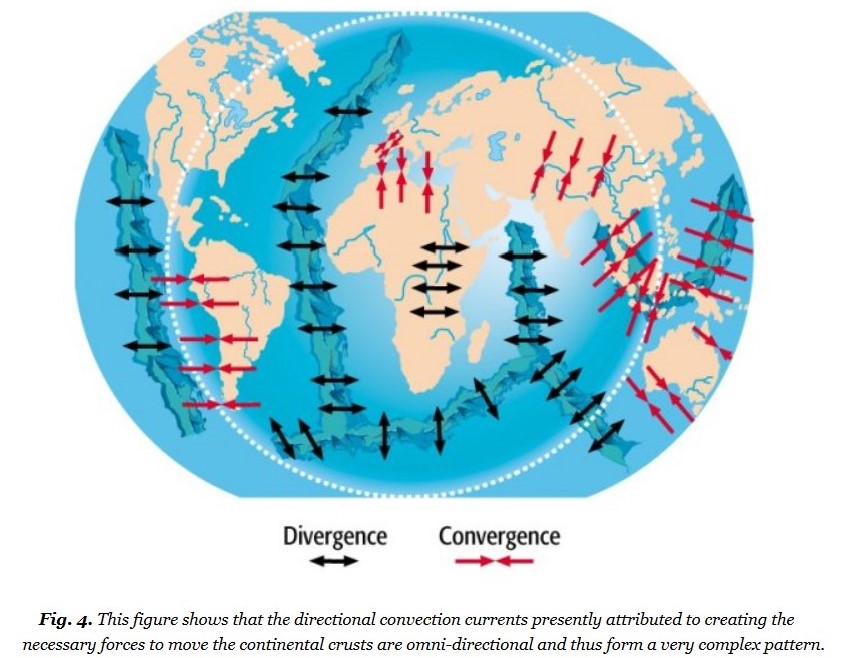 Bob observed that the precession of the equinoxes (Milankovitch Cycles), the longer-term cyclical changes in the inclination and obliquity of the central axis of rotation of the Earth taken together with the observed magnetic polar wandering suggested that the Earth was behaving like an unbalanced rotating cylindrical body.

Read Bob's explanation of Tectonic Forces on his website.

Bob's observations were reinforced by noting that the geologically quiescent African Plate, which is splitting (Tension Zone) at the Rift Valley (Fig 9), is almost diametrically opposed to the geologically active Pacific Basin (Fig 4), with its deep trenches and sub-duction zones (Compression Zone). This is completely in keeping with standard textbook mathematics showing the build up of tension and compression either side of a rotating un-balanced spherical body.

Milankovitch Cycles - the name given to the longer-term cyclical changes in the inclination and obliquity of the central axis of rotation of the Earth. 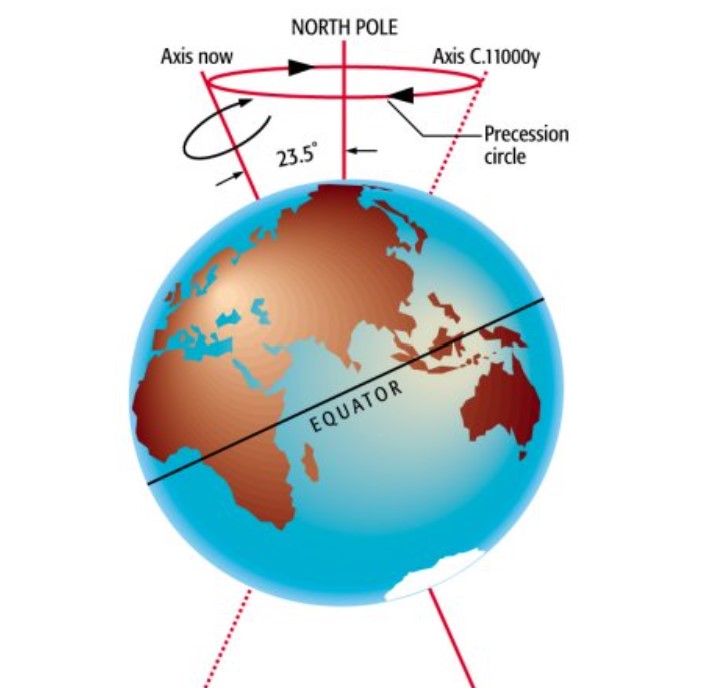 1 The most important aspect of my work was the realisation that the Planets must have an offset ‘centre of mass’(COM) in order that the mutual gravitational pull of the Sun will cause it to rotate. It is this action that gives rise to the N-S or principal axis of rotation. It is not possible to rotate a body directly from the dimensionless centre line. An offset torque force is required.

2 The offset COM will cause the Sun driven planet to ‘wobble’ as it rotates. This is noted by the Milankovitch Cycles associated with the inclined N-S axis

3 This in turn allows a force vector diagram (Fig 17B) to be drawn with an offset COM called the ‘Radius of Eccentricity’. ( E ) . This diagram shows the heavier side to be in tension (Rift Valley Africa) and the 180 degree away position to be in Compression (Pacific Basin) . FIG 20 shows this pictorially. The equation F=Mrω2Eπ/4 shows the differential circumferential tensile forces in the Earth’s outer rim

4 The above- mentioned forces will break up supercontinents by shedding crustal masses either side of the ‘heavier anchor’ mass. In Pangea, the Anchor is the African plate. The South American plate was moved westwards and the Indian and Australian plates eastwards. Laurentia also split eastwards and westwards

5 As the plates break away the mantle will be cracked (Fig 29) and magma will intrude without any force onto the Ocean floor. The ‘Sea floor spreading’ concept by Hess is replaced with ‘Sea floor stretching’ and convection currents have been consigned to a passive role in tectonic processes .